New York in May sees the city gearing up for its Summer season with a host of exhibitions and other great events, spanning music, art, movies, theatre, and more.

With the abundant foliage of Central Park coming ever more rapidly into bloom, late Spring is a magical time to visit The Big Apple. It’s also a busy period for the city’s cultural scene – and if you’re planning to be here this May, we’ve picked out 10 of the best events to look out for.

1. The Story I Tell Myself

Multi-disciplinary artist Dave McKenzie’s latest exhibition at the Whitney Museum of American Art prompts visitors to reconsider seemingly familiar feelings, settings and actions. He does this through performances for the camera and documentation of his live art, alongside pieces from artists who have informed and inspired his work. The exhibition runs in parallel with a performance in which McKenzie uses the museum’s facade as a canvas for a choreographed interpretation of its daily rhythms. Together, the commission spans 20 years of McKenzie’s creative work. The ambitious and multifaceted project will be McKenzie’s first solo museum exhibition in New York City.

LOCATION Whitney Museum of Art, 99 Gansevoort Street DATES Throughout May 2021

A defining moment in any New Yorker’s calendar, the annual Macy’s Flower Show is back for two weeks in May 2021. Taking place at Macy’s flagship store in Herald Square, this year the theme is “Give. Love. Bloom”. The floral extravaganza will feature landscaped gardens and beautiful blooms said to be inspired by the feeling of hope for a brighter year ahead. You can browse the exotic flowers and plants from around the world on the main floor and through to the outdoor area surrounding the store. Given that the event was cancelled last year due to the Covid-19 pandemic, you can expect the displays to be even more imaginative and spectacular than ever.

New York’s premier art fair will head to The Shed this year, a non-profit cultural institution in Hudson Yards. Bringing together 60 world-leading galleries, visitors will have the chance to view and purchase works from leading US galleries, such as the Miguel Abreu Gallery and Alexander Gray Associates. There’s a whole roster of international exhibitors too. As well as the galleries, there will be a program of talks and special projects to enjoy too. The show was cancelled last year so, while this year’s event will be reduced due to social distancing, expect it to be big and bold. 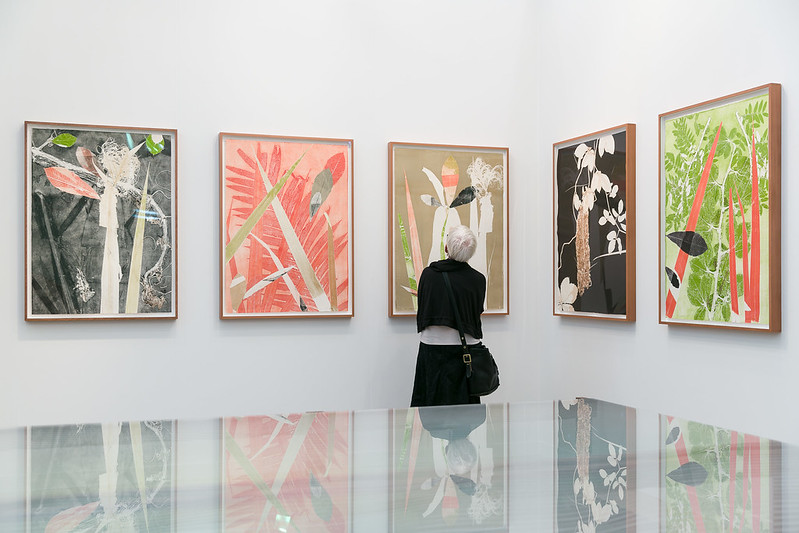 Broadway’s doors may still be closed, but it doesn’t mean all performances are off the cards. The Brooklyn Academy of Music has used the safety restrictions of the pandemic to open up new performance possibilities. In this series of one-to-one concerts, members of the Silkroad Ensemble invite visitors to a musical experience like no other. Each performance takes place on a totally unique private stage, where one musician shares their art in a ten minute concert. Both intimate and innovative, the experience is designed to encourage audiences and musicians to re-connect, in a world where we are more separated than ever.

5. A Night of Victorian Tragedy: LIVE!

For an alternative night out, head to Green-wood cemetery. The Victorians really revelled in tales of disaster and doom, and for one night only you can experience it first-hand. Expert storyteller, writer and comic Tara Clancy will host the two hour show which sees four storytellers battle it out to tell the best Victorian tragedy they can. The performance takes place in the 478-acre cemetery, set against a haunting backdrop of early 19th century gravestones and swooping willow trees. While you can expect to shed a few tears and hear some harrowing tales, the organisers promise there are plenty of laughs along the way too.

Design is a big deal in New York all year round, but NYCxDESIGN is the city’s official celebration of it. The annual festival features multifaceted programming including exhibitions, installations and discussions. While a significant number of the festival’s events have moved online this year, there will still be a dedicated week of ‘Design Days’. Each day is dedicated to a specific design element, such as architecture and product design, and will feature outdoor experiences, tours and small gatherings across the city. To mark the Awards Programme, a special city-wide installation to celebrate the diverse and talented design community is being built too.

Head to the New York Historical Society, New York’s first museum, for an insightful and inspirational exploration of the gay community, pre-Stonewall. In the 1950s, the secluded beach town of Cherry Grove on Fire Island became a popular enclave of self-expression and sexual exploration — behaviour that was stigmatized everywhere else. Creative figures like Truman Capote and W.H. Auden frequented the beach town for costumed parties, theatrical events and its liberated atmosphere. This exhibition, on view outdoors in New York Historical’s rear garden, explores the gay and lesbian community that flourished here, through a series of evocative photographs.

8.Gregg Bordowitz: I Wanna Be Well

Named after the 1977 Ramones song, I Wanna Be Well marks the first comprehensive overview of writer, artist and activity Gregg Bordowitz’s prodigious career. Since the 1980s, Bordowitz has produced art that explores his Jewish, gay and bisexual identities within the context of the ongoing AIDS crisis. Over his 30 year career, he has worked in diverse forms, most recently introducing poetry and performance as art events. The exhibition showcases his work through multiple mediums — essays, poems, performances, drawings, sculpture, and videos.

Queen Drive-Ins is back, with a whole range of cult movies, from Willy Wonka & the Chocolate Factory to GroundHog Day, on offer. You could bring your own food but that would be half the fun, instead choose from two famed Queens Night Market vendors and pick up your dish during the screening. Run by the Museum of Moving Image, Rooftop Films and New York Hall of Science, a portion of each ticket sale is donated to non-profit organisations hardest-hit in the neighbourhood too. You could also combine your trip with a visit to the museum, which is due to re-open its doors on April 30.

Celebrate this traditional US holiday by joining one of the oldest and largest memorial day parades in the United States. Now in its 154th year, the first ever parade took place along Eastern Parkway in 1867. The event kicks off at 11 am on 3rd Avenue, then moves on to John Paul Jones Park for a memorial service. The parade features marching bands, floats, military units and vintage vehicles. Following the parade there’s a 21-gun salute by the Veterans Corps of Artillery and the playing of Taps to honour the men and women who died serving the country. While social distancing measures will be in place this year, the event is still due to go ahead.