Across New York State are a number of museums and cultural institutions that play host to exhibitions and other events throughout the year – with several scheduled for this Fall. 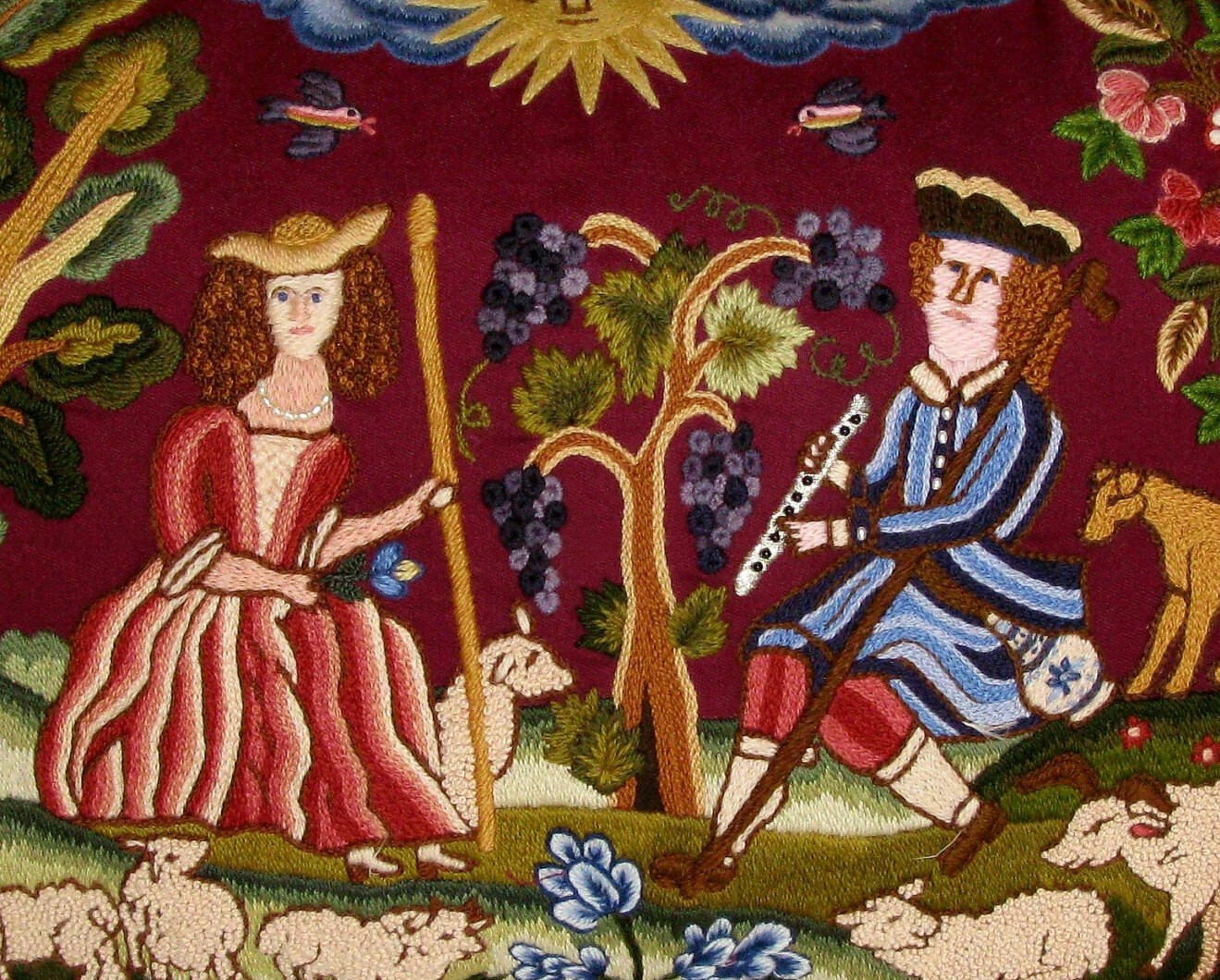 Like everywhere, the northeastern U.S state is particularly pretty during Autumn, but with Fall also comes falling temperatures, meaning the temptation to retreat indoors becomes ever more pressing. If you’re visiting New York State over the coming months and would like to check out an exhibition or two during your stay, we’ve picked out 10 of the best set to take place.

It took some six decades, but artist Jean Conner finally made her solo museum debut this year. Born in Nebraska in 1933, Conner is renowned for her carefully cut and pasted designs that combine retro-looking imagery from mid-century magazines to seamless, often fantastical effect, revealing the artist’s mastery of colour and composition, as well as her sense of humour. After mastering cross-stitch, Conners taught herself crewel embroidery and studied a 17th-century raised embroidery, called stumpwork. These forms of embroidery allowed her creative freedom and after 40 years She still revels in the process of taking a scrap of fabric and a pile of threads and creating something beautiful – a talent that’s explored in this captivating exhibition.

Past | Present: Expanding the Stories of Glass 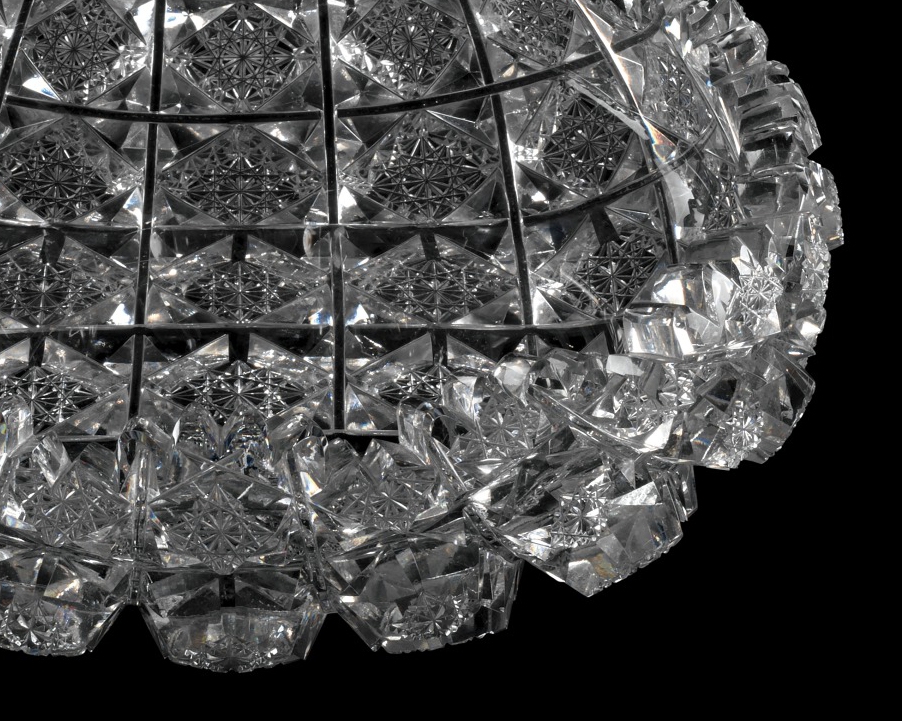 The stories objects tell are always evolving. This exhibition explores how objects reveal stories about people across time and place, providing ways for us to connect with the past as we consider shared human experiences then and now. The text in the exhibition – which emerged from dialogues among curators, educators, scholars, artists, and other community members – is intended only as a starting point. Prompts, digital displays, and written activities meant to spark conversation and encourage participation help ensure that all who visit the exhibition are a part of the history of the objects on display.

In 1929, after eight years in Europe and inspired by the continent’s dramatic transformation, world-renowned photographer Berenice Abbott returned to New York City. During her years across the pond, she observed how new construction in Europe was everywhere; hundreds of 19th-century buildings torn down to make way for dozens of skyscrapers. She was determined to capture this momentous change in photographs. In 1935, Abbott was able to devote her full energies to creating what she called “Changing New York”. By 1940, Abbott completed a collection considered to be one of the monumental achievements of 20th-century photography. Later, the New York State Museum acquired a partial set of Abbott’s series, a selection of which is reproduced in this exhibition. 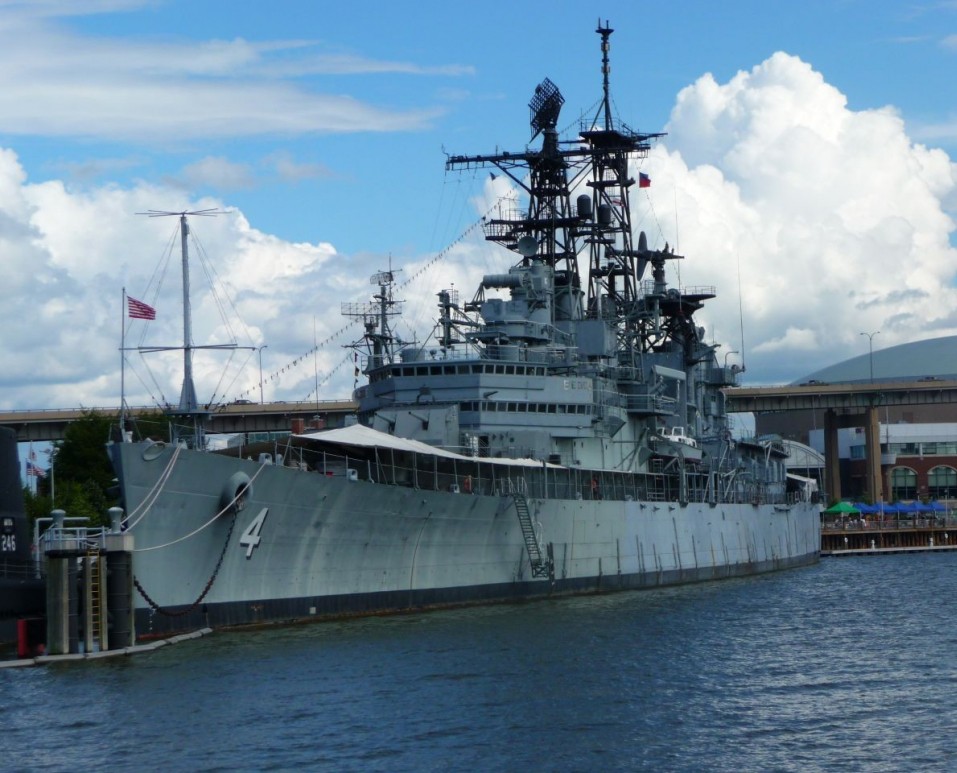 Among the array of fascinating exhibits at the Buffalo and Erie County Naval & Military Park, is the USS Little Rock CL-92 (CLG-4) – the only Guided Missile Cruiser on display in the world. Constructed in 1945, she was launched too late to see action during WWII, but became a Cold War flagship, patrolling the Atlantic from the Arctic Circle to South America, as well as undertaking stints in the Mediterranean. Today Little Rock is the largest of the naval park’s vessels, with visitors flocking to explore its confines, which include a specially configured Admirals Quarters as well as two bridges – a rare feature in the Navy.

The Northeast Classic Car Museum, which collects, preserves, interprets and exhibits vehicles related to the evolution of transportation, with particular emphasis on the role of the automobile and its impact on American culture, is home to several permanent exhibits. Among them is the world’s largest collection of Franklins, a range of cars made in Syracuse, New York from 1902 to 1934 and featuring air cooled engines. Previously owned by the late New York collector George Staley, the collection now lives at the museum and includes the last Franklin ever built.

Celebrating nearly five decades of work by New York-based artist Raymon Elozua, who first came to prominence in the 1970s with detailed trompe l’oeil ceramic sculptures of decaying industrial landscapes, this exhibition focuses on three conceptual bodies of work that explore the combined physical properties of three elemental materials: ceramic, glass, and steel. The exhibition contextualises these vital sculptures within Elozua’s intellectual landscape through the inclusion of a series of collections and research projects that are inextricably linked to his artistic output and in particular his insatiable appetite to uncover the hidden cultural meanings attached to his chosen materials.

Beyond the Surface: Haptek Labs and the Erie Canal

A historic canal in upstate New York, the Erie Canal became the first navigable waterway connecting the Atlantic Ocean to the Great Lakes when it was completed in 1825, vastly reducing the costs of transporting people and goods across the Appalachians. The Erie Canal Museum was created to collect and preserve canal-related material and champion an appreciation and understanding of its transforming effects on the past, present and future. The brainchild of Haptek Lab, an interdisciplinary art research group, this exhibition chronicles the lab’s attempts to print a drone image of the Erie Canal onto raw ceramic (clay) panels using a robot.

Wilderness: Light Sizzles Around Me

Brooklyn-based artist Lesley Dill works at the intersection of language and fine art in printmaking, sculpture, installation and performance, exploring the power of words to cloak and reveal the psyche. She creates larger-than-life sculptures of American visionaries, including abolitionists Sojourner Truth and John Brown; authors Walt Whitman and Emily Dickinson; Shaker religion founder Mother Ann Lee; and others. The prose and poetry of these trailblazers is adorned on painted and hand-sewn clothing of large effigies and banners, expressing how they raised their voices in response to the troubled and chaotic times they faced. This exhibition brings together 16 such influential figures from America’s past through eye-catching sculptures and two-dimensional works.

Exploring the long and distinguished career of New York-based artist Stanley Whitney through an Italian lens, this exhibition features an assortment of large and small-scale paintings and works on paper, alongside Whitney’s sketchbooks – many exhibited for the first time – offering a glimpse into his process and experimentations. The title refers to a body of work that encompasses pivotal transitional paintings from the time Whitney spent in Rome in the early 1990s, through to the work created during subsequent summers in his studio in Parma. The exhibition considers, for the first time, the important influence of Italian art and architecture on Whitney’s oeuvre.

The Iroquois, officially the Haudenosaunee, are an Iroquoian-speaking confederacy of First Nations peoples in northeast North America/Turtle Island. This exhibition showcases a selection of work by Haudenosaunee artists who employ toys, food containers, bike reflectors, CD discs, and other unconventional materials to create traditional cultural objects and concepts and those who, conversely, use traditional materials such as ash splint, cornhusk, and antler to create popular (though not necessarily functional) everyday items such as watches, daypacks, toothbrushes, and cell phones.