Spring sees New York State’s cultural events calendar come into full bloom, including its museums which will once again be playing host to a diverse assortment of exhibitions this year.

With the weather turning for the better, spring is the perfect time to enjoy the state’s outdoor attractions, form its array of scenic hiking trails to cruising the Hudson River. But for those seeking cultural nourishment, it’s also a time of year when the region’s museums are brimming with excellent exhibitions. We’ve picked out 10 of the best running through spring this year.

Each year a team of inquisitive local students come together to create an annual exhibition that explores their love of glass. This year, the exhibition will delve into the ways in which tangible objects can communicate intangible feelings that connect us with family, friends, and cultures. Featuring a range of items small enough to be held, it is designed to inspire visitors to consider their relationships with personal objects and their connections to people across time and place.

Explore the history of soaring where soaring in America began, with one of the largest collections of historical and vintage gliders and sailplanes in the world. Located atop Harris Hill in the city of Elmira, the National Soaring Museum is open year round and also houses a vast array of soaring trophies, memorabilia and photography. In addition to the museum, there’s also a dedicated Flight Center on the same campus where visitors can purchase 20-minute sailplane flights over the Chemung Valley.

Binghamton’s beloved hands-on children’s museum, The Discovery Center of the Southern Tier, invites you to celebrate the season of new beginnings with its annual Hippity-Hop into Spring for one magical day this April. Participate in the “Eggs”citing Egg Hunt, view egg decorating demonstrations, and enjoy a display of decorated eggs from around the world as part of the Eggs-travagansa! While the Easter Bunny will be hopping around, a world showcase will highlight other spring celebrations. All ages are welcome to play in the museum and enjoy ongoing crafts and games for a memorable, fun-filled day.

Over the course of his career, Charles E. Burchfield’s unique watercolor painting style became increasingly complex, evolving from modernist abstraction to romantic realism to transcendental visionary landscapes. This comprehensive survey of his work in all media presents highlights of the arc of his lifetime of themes. The retrospective exhibition provides an expansive look of over 50 years of painting and a lifetime of exploring, including major loans from museums and private collections across the country never-before-exhibited in western New York. Explore seasons and weather, landscape’s vulnerability and awesome beauty, a sense of place ranging from neighborhood yards to pristine woods, and spiritual symbolism.

The late Boston-based artist Allan Rohan Crite devoted his career to creating inspirational art for African American communities. This exhibition brings together more than 60 of the artist’s paintings, watercolours, and works on paper which reveal the connections between his art and deep spiritual faith. Reflecting the African American quest for racial justice in the years leading up to the Civil Rights Movement, the works on display helped to expand the definition of 20th-century art by exploring the relationship between the Black struggle and Biblical stories, spirituals, and everyday street scenes

Munson-Williams-Proctor Arts Institute, Utica / Through 8 May 2022

Visitors are invited to jump into an imaginative world at this temporary exhibition, based on the award-winning children’s television series of the same name. Join Daniel and his pals as they learn singable strategies for life’s little lessons and explore themes of community, communication, and emotions. Walk the paths of the neighborhood and listen to Daniel’s world as you encounter the meaning of empathy, gratitude, sharing, and diversity in an environment of creative and interactive play.

The Strong National Museum of Play, Rochester / Through 24 April 2022

Having grown up on the island of Taiwan, world-renowned Taiwanese-American artist Leigh Li-Yun Wen possesses a deep affinity for the elemental power of nature. Indeed, the four elements of western cosmology – earth, air, fire, water – are the central subjects in her work. Featuring over 60 works including paintings, ceramics, fabrics, mixed media, and prints, this retrospective exhibition showcases Wen’s personal experiences and cultural connections to life by exploring these  four elements and related concepts.

Albany Institute of History and Art, Albany / Through 19 June 2022 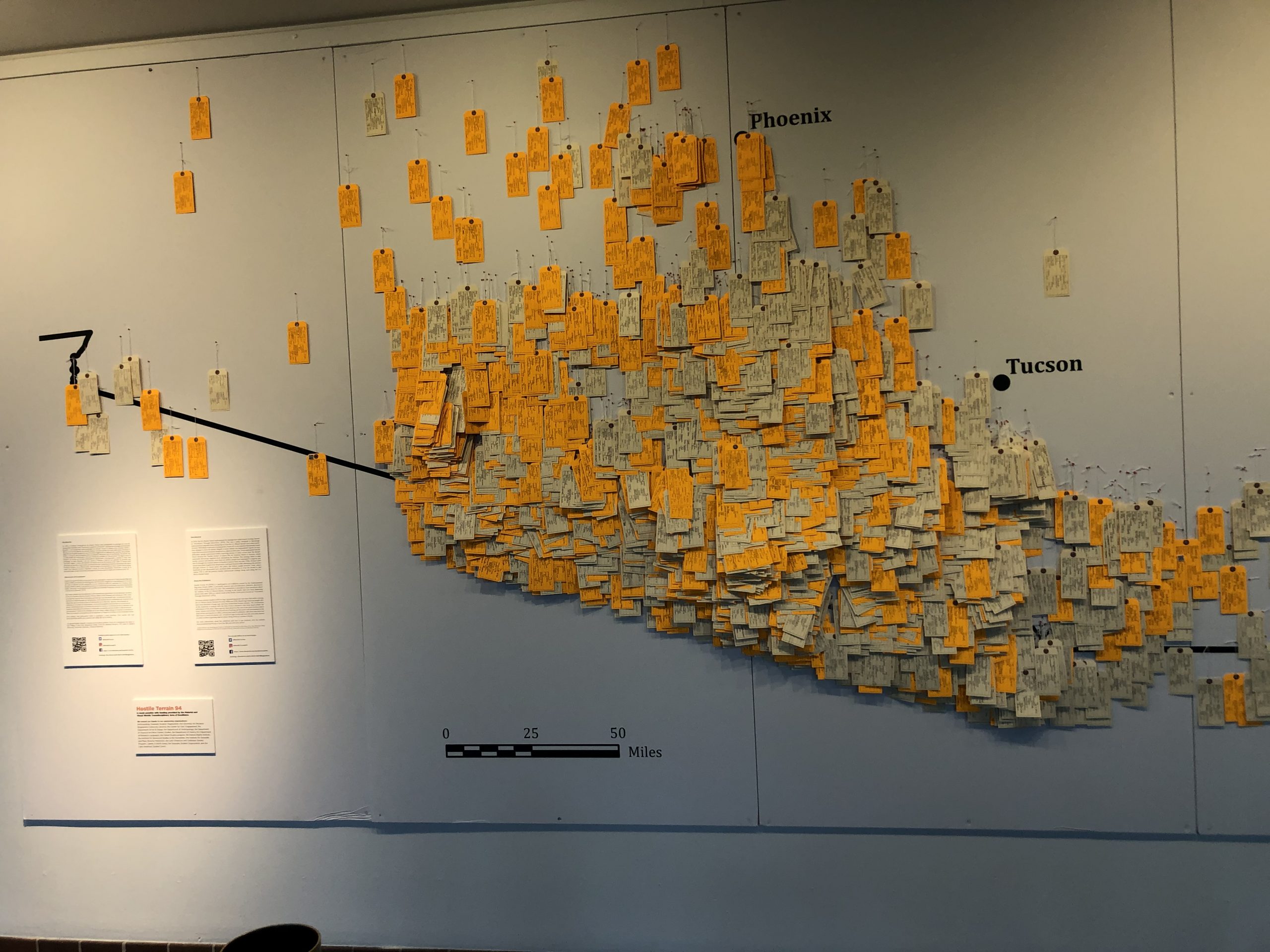 Extending from the Pacific Ocean in the west to the Gulf of Mexico in the east, the international border separating Mexico and the United States has been a source of great tension and political controversy over the years – rising to a head during the Presidency of Donald Trump. This exhibition seeks to memorialise and bear witness to the humanitarian crisis at the border that has claimed the lives of thousands of people since the 1990s, focusing on the stories of indigenous Maya refugees forced to migrate north from Guatemala.

The Erie Canal Made New York

With the mission of collecting and preserving Canal material, and providing engaging educational experiences that champion an appreciation and understanding of the Erie Canal’s transforming effects on the past, present and future, the Erie Canal Museum features several permanent exhibitions. Among them is this first floor exhibit, which was  years in the making and finally completed in 2015. Detailing the history and construction of the Canal, from earliest conception to the modern Barge Canal System, it displays many remarkable images and artifacts from the museum’s permanent collection.

Born in Paris to a family of tapestry craftsmen, Louise Bourgeois moved to New York in 1938. Initially a painter, she turned to sculpture after World War II, using the roof of her apartment building as a workspace. Although much of her art was motivated by early traumatic events and the resulting psychological turmoil, her sculptures communicate universal concerns, including identity, gender, childhood, sexuality, motherhood, and the continuing power of past and current experiences. This striking work, featuring four eyes staring out from an undulating bronze cloud, explores the human gaze, and the desire to both look at and be looked at by others.