New York has a long history of fine French dining that dovetails with its denizens’ Francophile leanings. When New Yorkers can’t make the trip across the Atlantic, the bistros and brasseries that line the city streets sate cravings for steak tartare, escargot and all the other usual suspects. These seven restaurants are some of the best and often go beyond classic fare to craft unique and delicious plates. 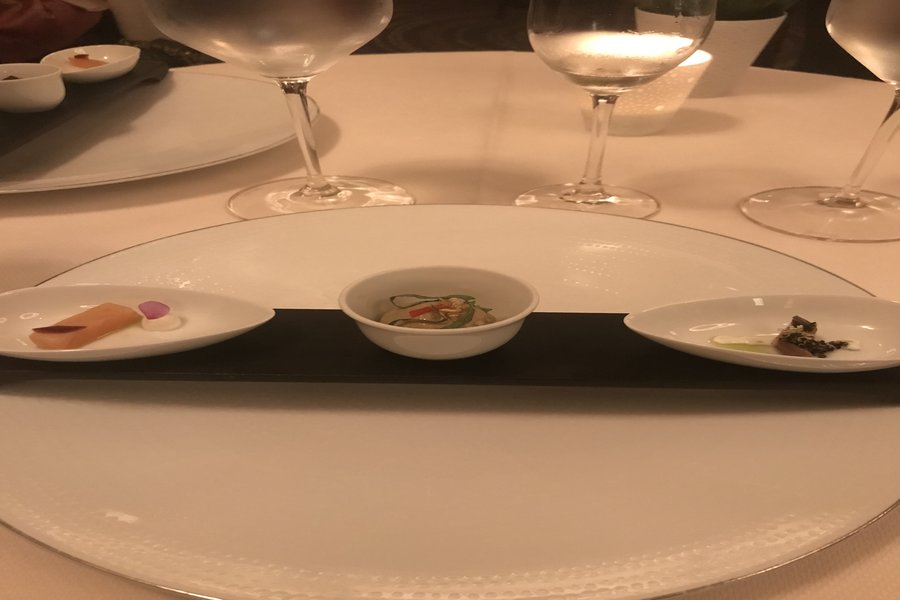 Each meal begins with a trio of amuses in Daniel’s stately dining room. (Photo: Christopher Kompanek)

Daniel Boulud’s flagship restaurant combines the regal ambiance of a state dinner (jackets are required for gentlemen) with top-notch French nouveau cuisine. Menus range from three to seven courses, including vegetarian options, guaranteeing a feast no matter the choice. Chef Boulud has an ethereally light touch that informs everything from white asparagus to a wagyu strip loin, and unlike many chefs of his stature, he can often be found in the dining room making his rounds at the tables. A 25,000-bottle wine list adds another layer of decadence to the experience.

Everything sparkles at Le Bernardin, including the diners, who are often beaming with admiration for the feats accomplished in the kitchen. There is arguably no place on earth where one can get a more transcendent seafood experience than at Eric Ripert’s culinary palace, which has been dominating the New York restaurant scene for decades. Not only are their cuts impossibly fresh, but each dish is so seamlessly executed with a perfect balance of flavors, that even patrons who didn’t think they much cared for fish will be wowed.

This Soho brasserie has long been a go-to casual spot for New York’s elite, where you can get an excellent burger or steak frites well past midnight along with a crave-worthy warm goat cheese and caramelized onion tart. With oversized leather booths and an attentive wait staff that treats everyone like A-listers, it’s also the kind of place to linger for hours with friends. For those short on time or cash, head to the bakery next door, which offers a taste of Balthazar’s excellence with peerless croissants.

Before Soho was a chic enclave, it was home to bohemian artists attracted by large, often unheated, lofts. Many of them would warm up at this Alsatian bistro opened by two brothers who were as penny-pinching as their customers. While prices have increased steadily in the ensuing decades, the warm ramshackle décor has remained blissfully intact. The menu is full of classics like steak au poivre and chocolate soufflé. 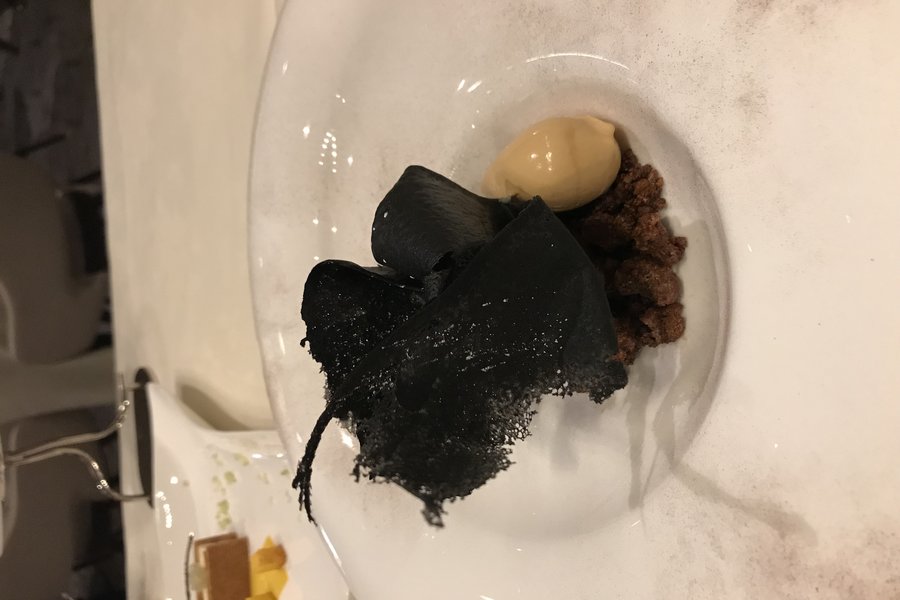 The area between Grand Central and Times Square is chock full of tourist traps and just plain lackluster food. Gabriel Kreuther, located across from Bryant Park, is an exception. The namesake chef could have played it safe and stuck with tried and true crowd-pleasers, but instead, he drew on his rustic French upbringing to create a menu as comforting as it is daring with dishes like a sturgeon and sauerkraut tart with applewood smoke along with a foie gras served with pickled jackfruit. Both can be ordered a la carte in the front barroom along with cocktails inspired by the history of neighboring Bryant Park.

Chef Michael White, who trained in the Emilia Romagna region of Italy, is known for creating some of the best pasta in the city. Vaucluse proves he knows a thing or two about French cuisine as well. Located on a particularly regal stretch of Park Avenue near the Waldorf Astoria, the dimly lit dining room with a fancifully coffered ceiling provides an elegant and tranquil experience to savor dishes like Burgundy snails with roasted bone marrow, steak frites, and a few of White’s famous pastas to boot. The dozen rotating cocktails, including a barrel strength old fashioned, are a great way to begin a meal.

Minetta Tavern had a storied literary history long before the owners of Balthazar took it over. It was a favorite of Ernest Hemingway, Dylan Thomas, and Eugene O’Neill, but the food has improved markedly since then. The Parisian steakhouse has many fine dishes, but their black label burger (made with the same dry-aged beef of the finest steaks) and topped with caramelized onions is the city’s best. Come during lunch when the crowd is less maddening or book far in advance.