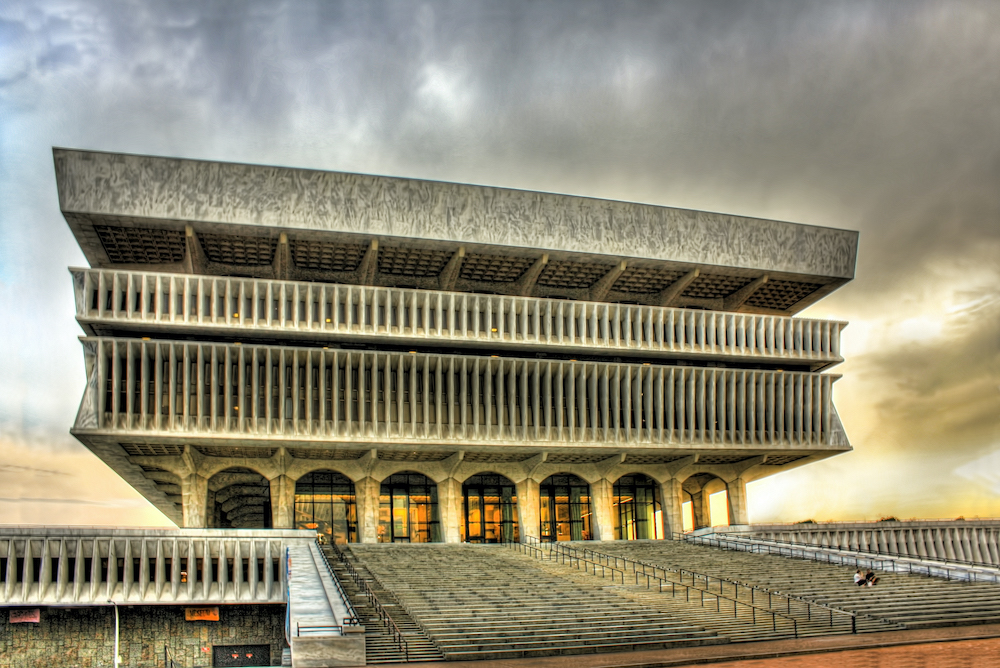 Give or take the odd exception, public libraries are not necessarily renowned for their architectural beauty. But in an age of the e-reader and audio books, these time-honoured preservers of physical books remain much cherished institutions for many.

There are a huge number of libraries dotted across New York State, many of which feature charmingly atmospheric interiors. Leaving aside New York City, we’ve picked out 10 of the best that the state has to offer.

The Troy Library has been described as “one of the finest examples of Italian Renaissance style in the country.” With its white marble facade, ornamental windows and imposing balustrade, it isn’t difficult to see why. Built in 1897, the public library is located in Central Troy Historic District, one of the most perfectly preserved 19th-century downtowns in the U.S. Inside, a sweeping staircase is flanked by cast iron railings, and dedicated reading rooms are lined with original oak panelling and floor-to-ceiling bookcases. Keep an eye out for the ‘Aldus Window’, an original Tiffany glass window depicting the life of Venetian scholar, Aldus Manutius.

The Albany Public Library is a network of public libraries, each with their own distinctive charm. The newest addition, the West Hill Branch, is a light-filled space with floor-to-ceiling windows, an atrium ceiling and an indoor garden. A recent revamp at the Washington Avenue branch, the library headquarters, makes it particularly appealing too. Drop by to visit the Pruyn Collection of Albany History, which features thousands of books, photographs, city directories, newspapers and maps. The collection stands out for its insight into local African American history.

Since The Altamont Free Library was established in 1916, the community hub has had numerous homes, but its latest is undeniably the most charming – the Altamont Train Station. The enchanting red-and-green panelled structure, with its eyebrow windows and pretty cupola, has hardly changed since it was built in 1897. Inside, the reading room is modestly-sized but it’s still easy enough to find yourself a cosy nook to curl up with a book. There’s plenty going on too, with story times and book discussions throughout the year, as well as the annual summer reading programme.

The Central Library in Rochester is made up of two buildings: the Rundel Memorial Library, opened in 1936, and the Bausch & Lomb Public Library, opened in 1997. While the older library is undeniably prettier, the new library has a charming secret. The children’s section on the second floor has a fully-functioning bookshelf that swings open to reveal a secret reading room. Inside, there are children’s books and tables, as well as an impressive collection of dolls from around the world. The collection started in 1934 with 180 dolls and has since expanded to house hundreds more.

With an estimated 20 million catalogued items, New York State Library is one of the world’s largest. It was established in 1818 to serve the state government of New York and today holds an incredible collection of government publications and city history documents. While its sizable catalogue is remarkable, it’s the building that really impresses. In 1978 the library moved to the Cultural Education Centre, also home to the New York State Archives, New York State Museum and various state offices. Part of a wider complex of government buildings called the Empire State Plaza, the twelve-story reinforced concrete modernist masterpiece is a blockbuster destination for brutalist buffs.

Architecturally speaking, Buffalo and Erie Library is fairly unremarkable, but one of its collections is far from it. The cosy Mark Twain Room offers an unparalleled insight into the American writer and humorist. Walls are lined with the antique walnut mantel from his now-demolished Delaware home and bookcases are brimming with Mark Twain paraphernalia. Of the 500 items on display, the most impressive is the original handwritten manuscript of The Adventures of Huckleberry Finn, which he personally donated to the library.

Pretty as a picture, the main library at Vassar College encompasses three grand wings built around a central tower. It was built in Gothic style, and features a variety of striking embellishments, from tapestries depicting the Apuleius romance of Cupid and Psyche to a stone frieze of the Cambridge and Oxford University seals. The pièce de résistance is the Cornaro Stained Glass Window which illustrates the first-ever conferring of a doctorate to a woman. It’s hard to imagine that the library has changed much since it was first built 150 years ago. 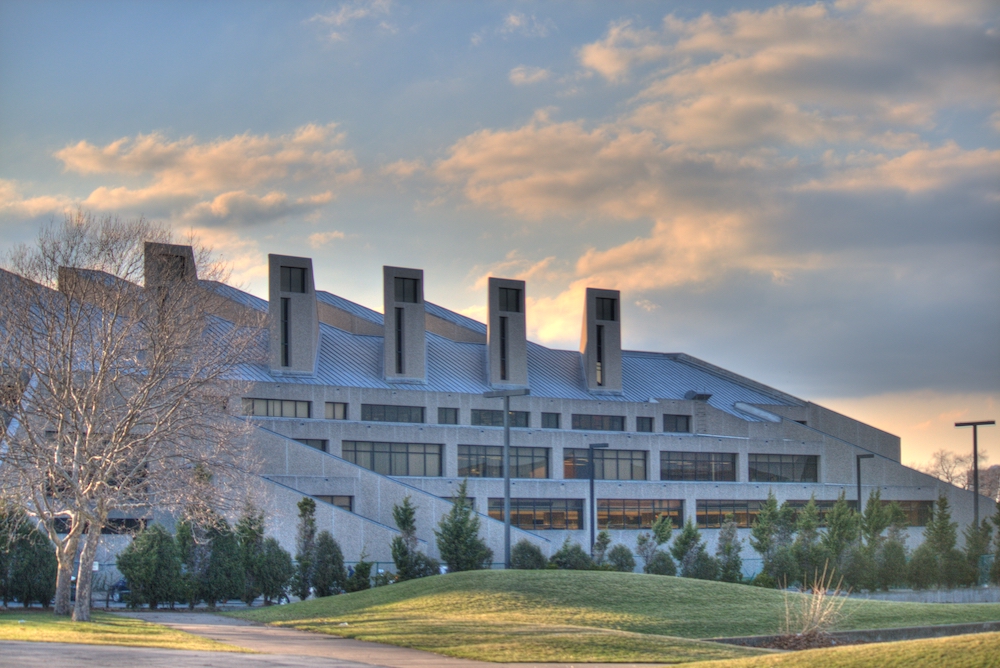 Beautiful to some, grotesque to others, the Central Library for the City of Niagara Falls is nevertheless historically significant – and charming in its own way. The library was built in 1969 to boost the city’s tourism industry by one of the most influential modernists of the era, Paul Rudolph. Built to represent a temple of books, the futuristic-looking fortress features a huge cathedral-like atrium reading room, with a bright and airy interior that contrasts its stony exterior. The library has suffered from catastrophic damage from leaking over the decades and is often blamed for ruining Rudolph’s career.

Another offering from a prestigious U.S. college, A.D. White Library is the stuff of bookworms dreams. It is named after Andrew Dickinson White, the first president of the college, who donated his extensive collection of books – 30,000 in total – to the library. Amongst them were 4000 architecture books, as well as literature on witchraft and the abolition of the slave trade. The three-story sweeping hall is furnished floor to ceiling with books, with a royal red carpet and brass walkways latticing the room. Today, it’s home to over 90,000 books.

Three libraries make up the Syracuse University Libraries Collection, but it’s The Carnegie Library that causes the most stir. Built in the 1930s, it was the university’s first official library. Today most of the university’s 4.2 million item collection is housed in The Bird Library on the other side of the campus, so most visitors come for the reading room alone. The vast, marble-white space measures 60-foot square foot and 48-foot high, topped with a domed ceiling. It’s the perfect spot for leafing through historic tomes on a rainy afternoon.