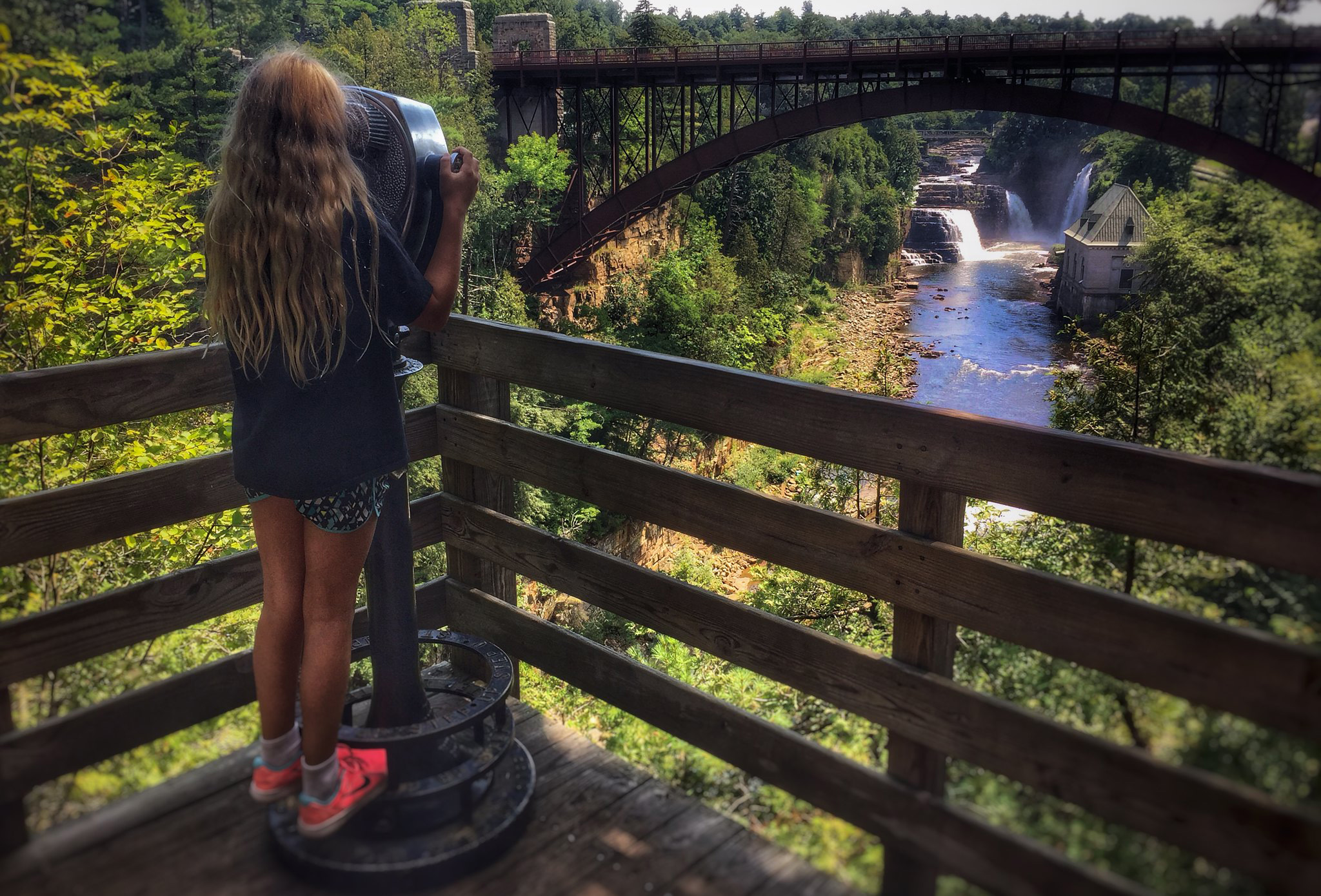 A child peers through a telescope towards Rainbow Falls in Upstate New York (Photo: Shelby L. Bell via Flick / CC BY 2.0)

With its quaint towns, picturesque parks, endless events all year long, and the beauty of four distinct seasons, Upstate New York is a haven for anyone keen to escape the hubbub of the state’s urban centres. From the shores of the Great lakes to the majestic Adirondack Mountains, the area presents every opportunity for culture and exploration, whether you’re a museum-goer, foodie or outdoor adventurer.

For kids, Upstate New York presents a never-ending supply of fun and escapades, making it a hugely popular destination with families. If you’re planning a trip here and would like to start piecing together an itinerary that will get your little ones hopping with excitement, we’ve picked out some of the best things to do with children in Upstate New York.

One of the world’s most iconic natural wonders, Niagara Falls extends across New York’s Niagara Region into Canada, offering different vantage points from which to marvel at the awe-inspiring landmark. Even with their short attention span, every child will be left open-mouthed at the sight of the 100,000 square feet of thunderous cascading water that comes crashing down every second. There’s also the chance to embark on exciting boat trips that get you up close and personal with the falls. 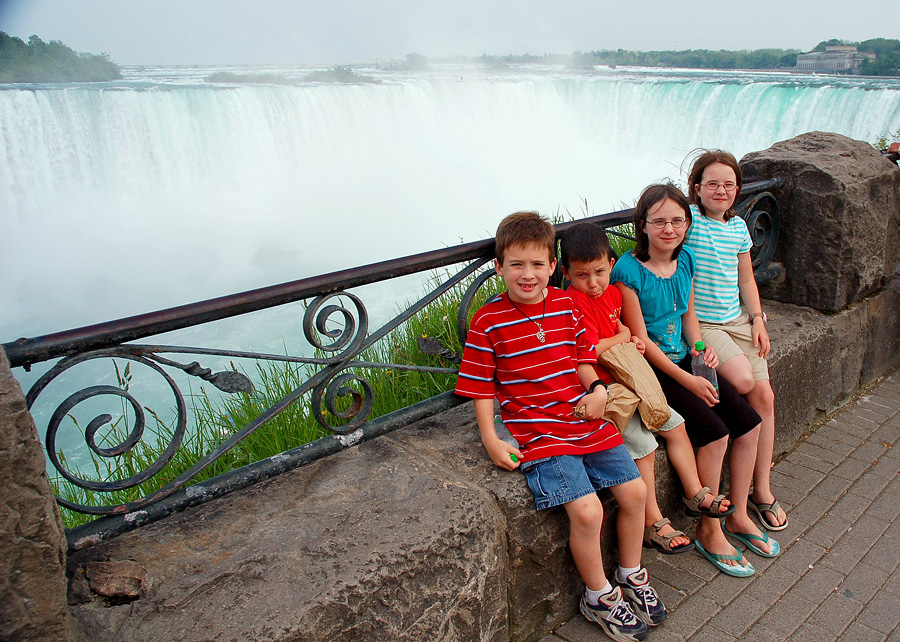 Owning to its fledgling years compared with other parts of the world, America is hardly renowned for its castles. But visitors to Upstate New York with a penchant for historic fortresses will be pleased to discover the impressive Bellhurst Castle. Sitting atop a hill that melds into the picturesque Seneca Lake, the 19th century stone castle is listed on the National Register of Historic Properties, and is now – if your kids are happy to come along for the ride – also an acclaimed wine hotel with its own on-site winery that’s open for tastings.

The world’s largest collection of toys, dolls, and games, an indoor tropical butterfly garden, and a carousel dating back to the early 20th century are just some of the highlights at this hugely popular museum. Spread over two floors, the venue is packed full of hands-on, interactive exhibit spaces, with enough variety to satisfy every taste. Whether it’s leaping into the world of American comic book superheroes, playing vintage video games, or learning about the historic titans of the toy industry, there’s never a moment to be bored at this all-year-round culture and entertainment attraction.

4. Look for bald eagles over the The Delaware River

Anyone who’s witnessed a bald eagle in full flight will know what an incredible sight it is. Each Winter more than 100 bald eagles migrate to the Upper Delaware seeking a reliable food source and undisturbed habitat so they can survive the harsher months, and providing bird enthusiasts with the chance to witness them in the flesh. Indeed, viewing bald eagles has become a popular wildlife-watching activity in the area, with several observation sites set up to allow nature lovers to gather – binoculars in hand – at a safe distance.

Perched on Lake Erie, this working lighthouse and veteran’s museum is a fascinating relic from an era when lighthouses served a crucial maritime function during both war and peacetime. The 61ft tower has retained many of its original features including its third-order Fresnel lens that enabled an impressive 27-mile light range in its heyday. The museum is certainly worth checking out too, housing an extensive collection of military & maritime artefacts, with regular guided tours available. And be sure to take a camera to capture those magnificent views of Lake Erie from the lighthouse’s observation deck. 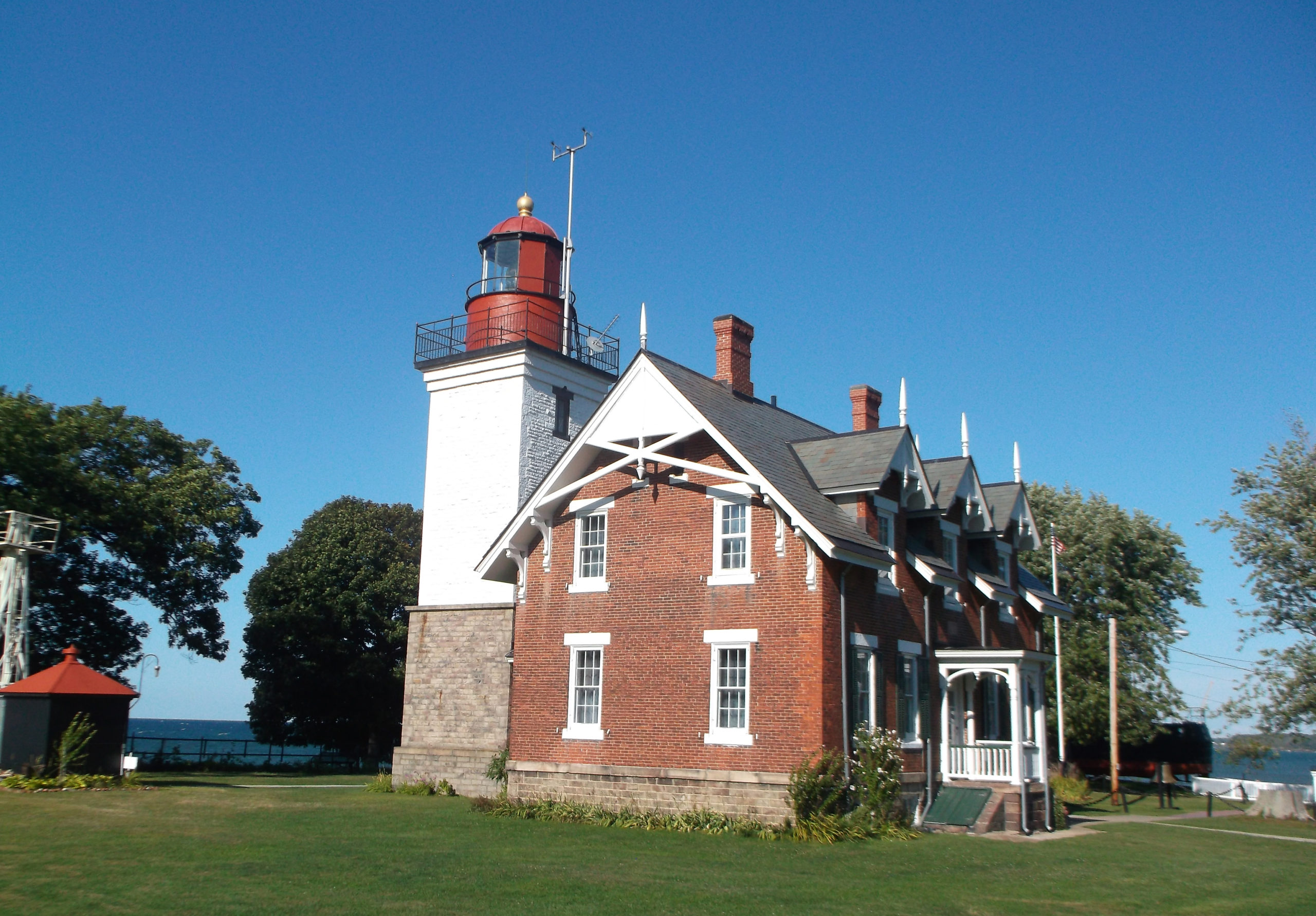 6. Rent a boat on the Erie Canal

One of the most impressive waterways in North America, the Erie Canal offers a range of magical experiences, from short trips on day boats to more extended adventures on fully outfitted houseboats that take in some of the region’s finest attractions, such as Norman Rockwell inspired towns, Finger Lake, Niagara Falls, and world class wineries. Erie Canal Adventures are a renowned local company with a fleet of beautifully equipped, purpose-built vessels known as “Lockmasters”, each boasting specially designed features that allow you to self-pilot your boat and navigate the engineering marvels known as “locks” like a seasoned pro. Boats can be hired for anything from 3-7 nights. 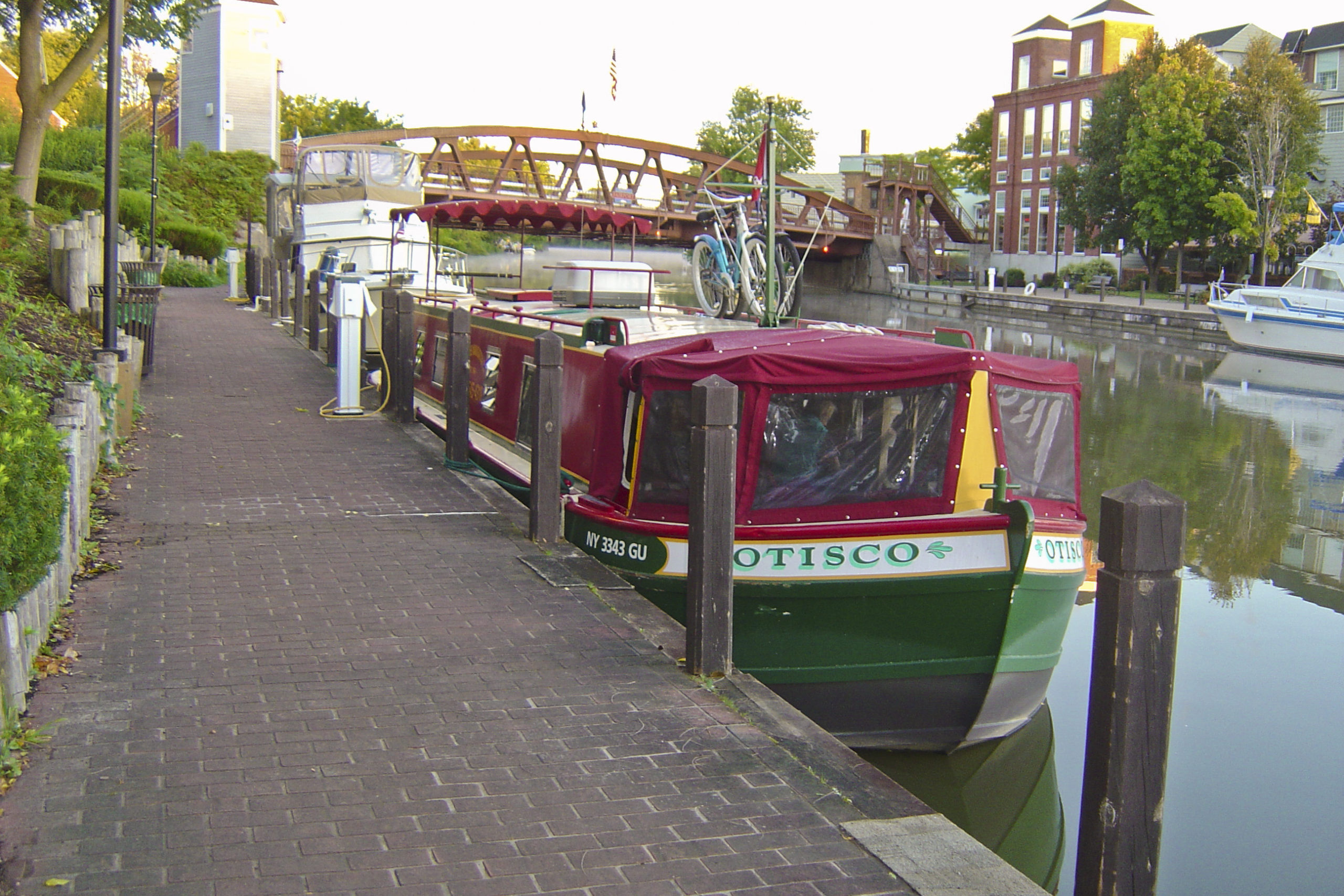 Perched at the north end of Cayuga Lake, Montezuma National Wildlife Refuge is a veritable mecca for wildlife enthusiasts and in particular bird lovers owing to its importance as a major resting area for migratory waterfowl and other birdlife. Visitors can enjoy a diverse range of activities at the refuge including hunting waterfowl or white tail deer, and boating or fishing at May’s Point. 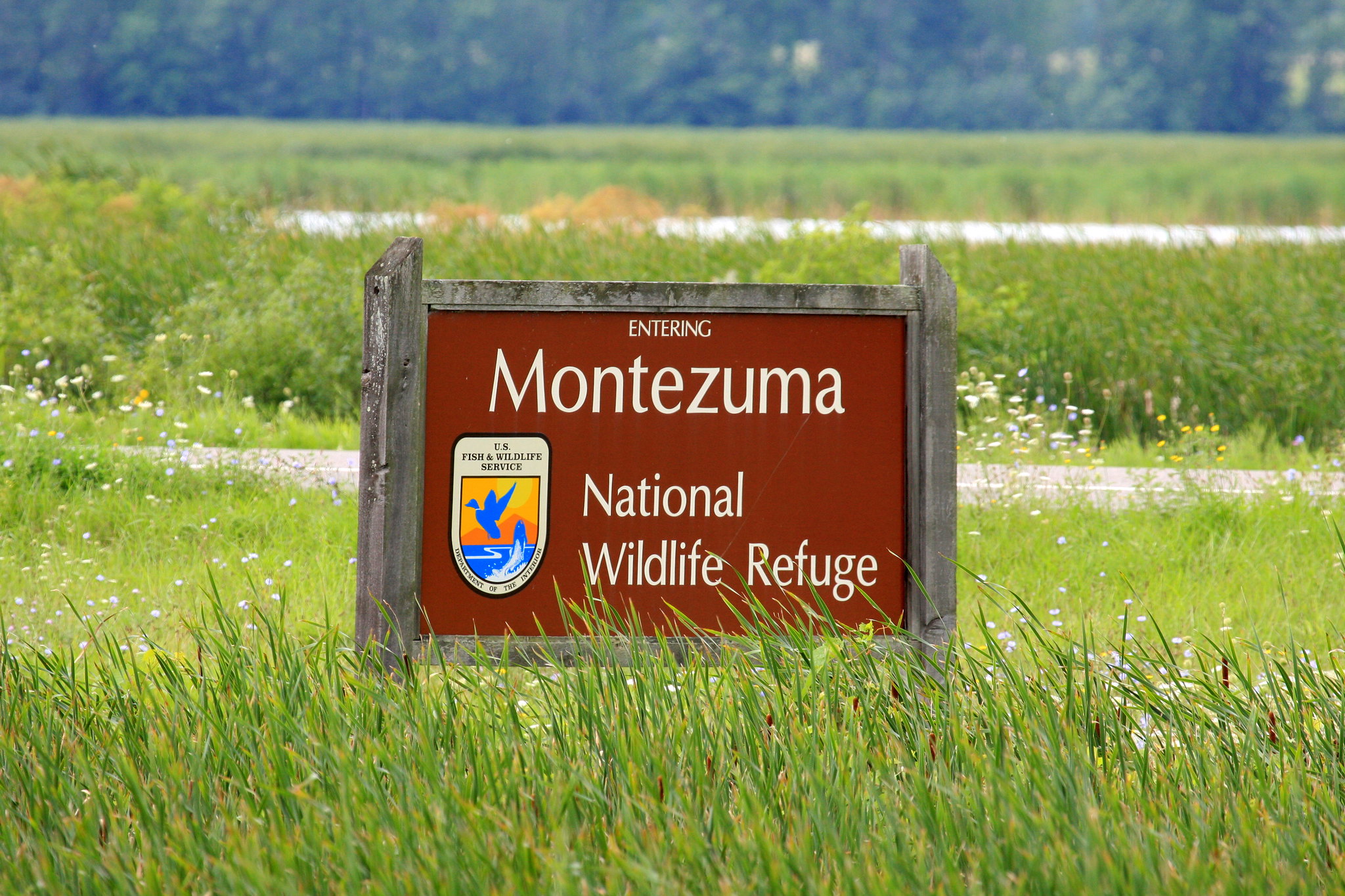 It may be lesser known than its Niagara counterpart, but Rainbow Falls is a worthy tourist attraction in its own right. Situated within Watkins Glen State Park , the magnificent falls can be reached by following a popular 1.5-mile trail through a 400-foot-deep gorge, and is regularly packed with hikers keen to make the most of the magnificent photo opportunities to be had here. 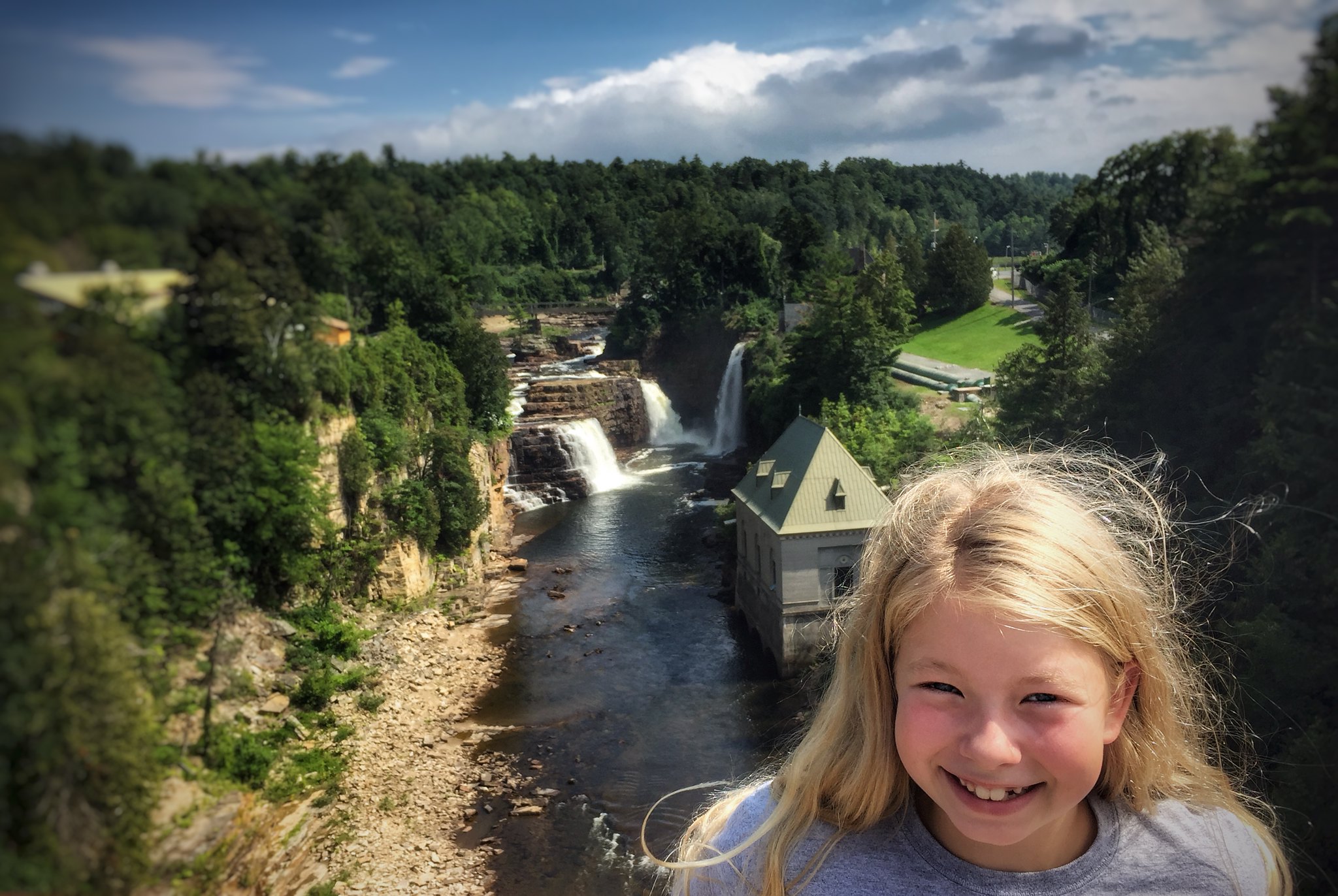 More than 150ft below the earth’s surface in Schoharie County, New York can be found a subterranean cave teeming with limestone corridors, giant boulders, mysterious grottos and unexplored passages. One of the region’s most unique family attractions, the labyrinth-like cave is a sight to behold, as well as providing a fascinating insight into the effects of thousands of years of natural geological corrosion. 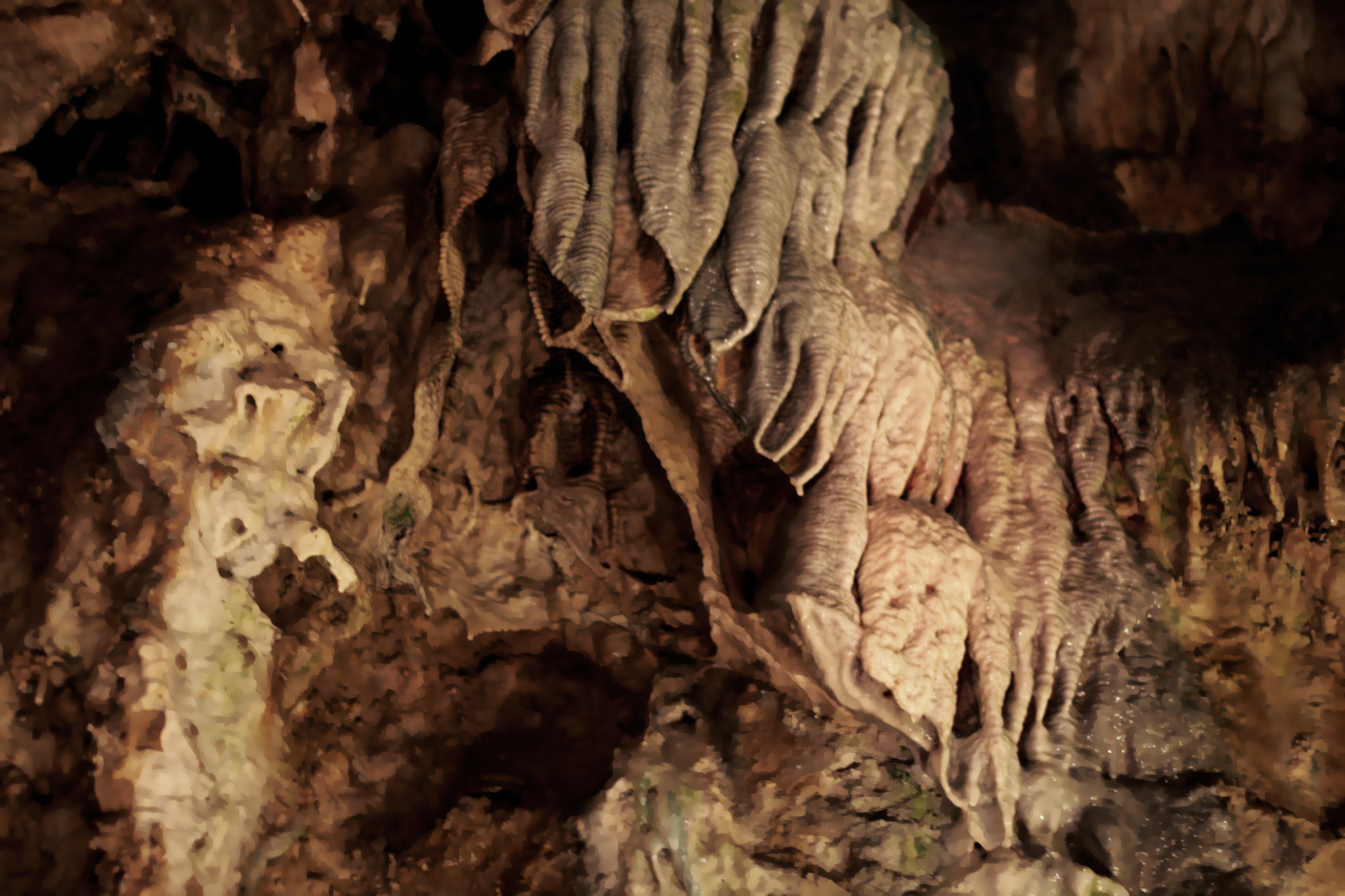 Situated in New York’s vast, protected Adirondack region of mountains and old-growth forest, the large expanse of water known as Lake George offers an array of thrilling aquatic-based activities. Among the most popular is kayaking, which can be enjoyed independently or as part of an organised guided tour which takes you along some of the area’s most scenic rivers and streams. There are a large number of local companies around town offering kayak tours, with all ages and abilities catered for.

A popular beachside park known for its swimming, boating, century-old carousel, and the area’s oldest active surviving lighthouse, Ontario Beach Park is a haven for those keen to escape the hustle and bustle of urban life. Whether it’s taking a dip in the water, enjoying a romantic stroll along the picturesque pier, sitting down for a family picnic, or indulging in any of the numerous recreational activities available here, the park provides everything you need for a perfect day at the beach. 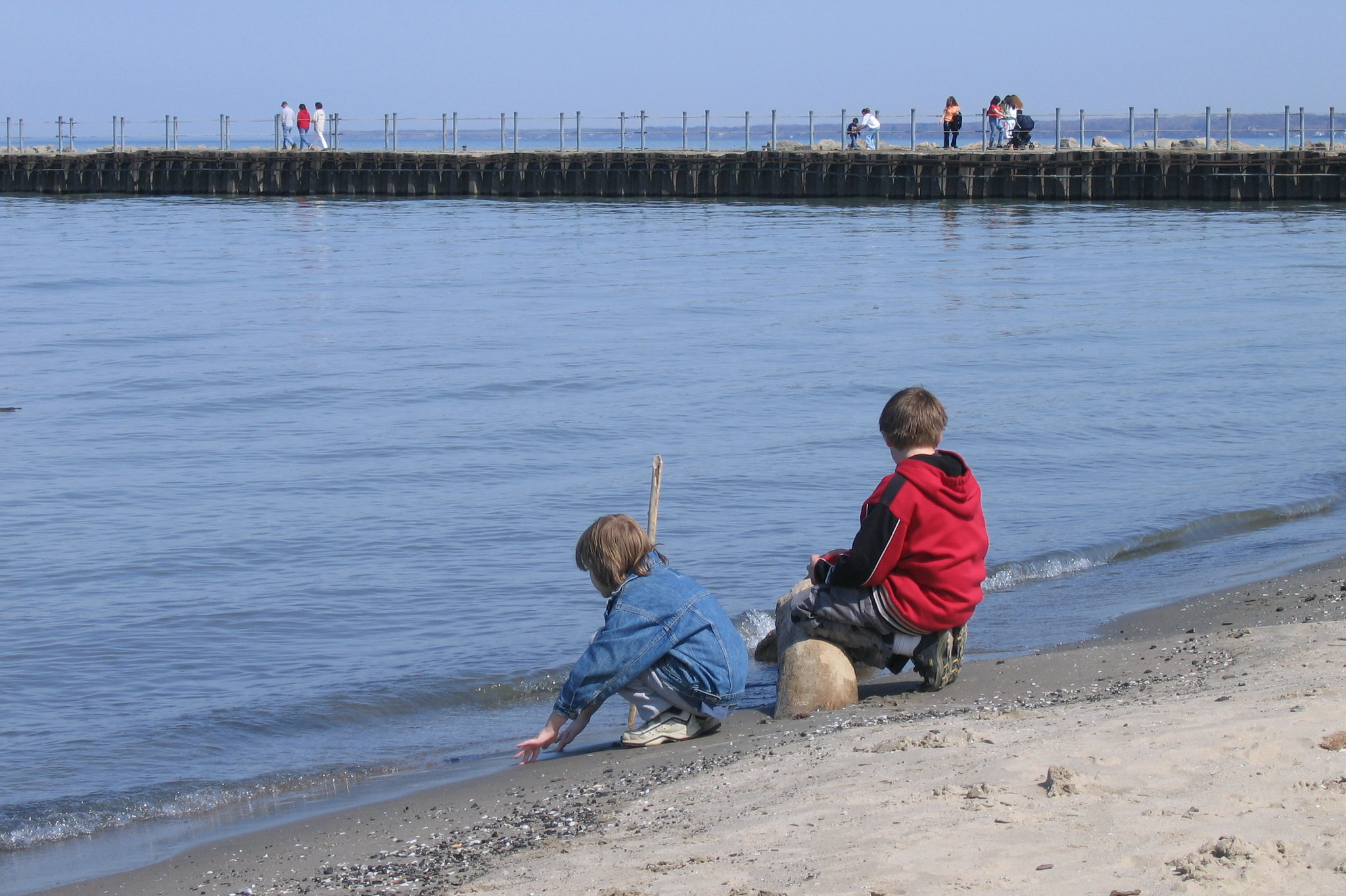 12. Horseback riding in the Hudson Valley

Exploring an area of natural beauty on horseback can be one of the most invigorating experiences on earth. In the Hudson Valley, there’s access to a number of reputable horse farms that offer rides across acres of trails through open fields and natural forests, all affording stunning panoramic Valley vistas. Many of these farms also provide additional facilities and services, including riding lessons, petting zoos and overnight camp trail rides.